Today’s ground breaking ceremony for the extension of a building of the Fire Testing Centre in Erwitte is an important milestone for the future of the MPA NRW. 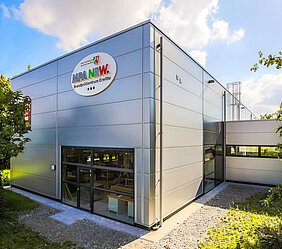 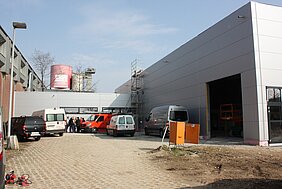 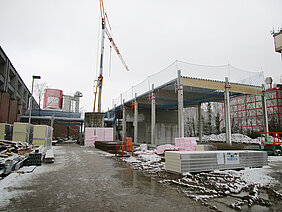 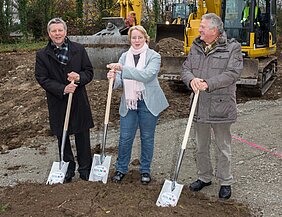 The construction of the new testing hall is taking shape. A picture collage documents the building progress.

The ground breaking ceremony for the extension of a building of the Fire Testing Centre in Erwitte on 19 November 2014 was an important milestone for the future of the MPA NRW.

In order to optimise the existing service offer for testing the reaction to fire of building products and the fire resistance of building components the Materials Testing Office North Rhine-Westphalia is expanding the existing testing halls of the fire testing centre in Erwitte. After receiving more space, the department “Fire resistance of building components” will be able to enlarge its testing services. Due to the new building the tests of natural smoke and heat exhaust ventilators that have so far been limited to heat resistance tests and functional reliability at a low ambient temperature (cold chamber tests) can then be enlarged by the offer of long-term performance tests and functional tests under load. The new hall will also have room for a cold chamber which will considerably shorten process times and ways as these tests are so far being conducted in Dortmund. Due to the reorganisation in Dortmund the opportunity of integrating the cold chamber into the new hall became possible.

The building project in Erwitte is part of the strategic future planning of the Landesbetrieb (Land company) MPA NRW. This also includes the new building for the department Personal Dosimetry in Dortmund where all corresponding activities are focussed. By moving into the new building on 1 January 2015, large parts of the real estate in Dortmund can be used otherwise by the land North Rhine-Westphalia.

On the photos from left to right:

The ground breaking ceremony in pictures

The building progress in pictures