Information and services for radiation protection in the MPA NRW 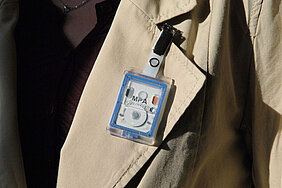 You can receive information about the current situation in Japan on the homepage of the Federal Ministry for Environment, Nature Conservation and Nuclear Safety (BMU).

Businessmen and tourists returning from Japan as well as the helpers of the rescue service and the civil protection NRW have the possibility of being examined on behalf of radioactive contamination at the Landesinstitut für Gesundheit und Arbeit (LIGA) (State institute for health and work) and at further established places. During the examination a so-called body counter can measure certain substances that have been absorbed by the body such as caesium-137 or iodine-131.

Further detailed information can be obtained on the homepage of the Ministry of Labour, Integration and Social Affairs of the Land North Rhine-Westphalia (MAGS)

Goods and food from Japan are tested on radioactive contamination by the NRW environment department (NRW-Umweltministerium) at the Border Inspection Posts.

Furthermore, the department 11 of the Materials Testing Office North Rhine-Westphalia can also test goods and other materials.

The Federal Foreign Office has issued a partial travel warning for travels to Japan and its surroundings. If you still have to travel into areas with a possibly increased radiation exposure you should control the radiation exposure.

For flights from Japan the Federal Environment Ministry has recommended contamination values for the radioactivity measurement of persons, luggage and freight. The recommendation is analogously applicable for the freight and crew of ships. Below the intervention level of 4 Bq/cm² no further measures have to be adopted, the contamination is radiologically harmless. Normal hygiene is sufficient as a precautionary measure.